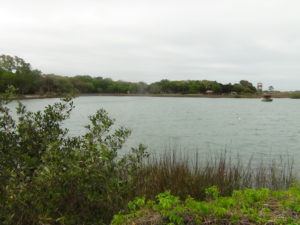 Group size: 1 – 24 paddlers
Trip time: 3 – 4  hrs.   OR  5 – 6 hrs. for longer tour
Skill level: Intermediate. The open waters on this trip can be kicked up into a considerable chop by the frequent winds. 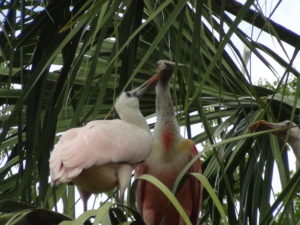 On this trip, we explore the wilder side of the St. Augustine area and check out a couple of historic sites that the tourist trolleys and horse buggies can never go.

For 3.5 – 4 hours (including a couple of stops), we explore two of the primary rivers used throughout St. Augustine’s 450 year written history, and for thousands of years before. But, as always, seeking out these historic sites is just another great excuse to get out on the water and enjoy a day of exploring the wild side of North Florida. The primary habitats we will see are salt marshes, maritime forests (when we stop for lunch) and the open waters of the rivers. 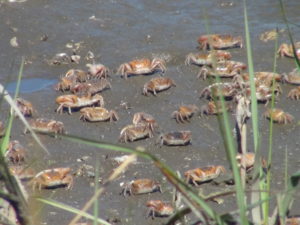 A thundering herd of fiddler crabs

Dolphins are our frequent companions as we make our journey down river, especially as we approach the deeper water of the inlet. Many shore birds, heralding from all the major coast-loving tribes are active all around us throughout the day. Most commonly seen are our old friends the egrets, herons, cormorants, gulls, terns and, of course, brown pelicans. Watch the shores for various sandpipers, plovers, oystercatchers and other denizens of the intertidal zone. In salt flats and oyster beds, watch for raccoons busily rummaging through the shells and debris looking for munchies. High on their list of delicacies are the curious looking little fiddler crabs which roam the flats in tiny herds that often number in the thousands.

This is a great trip for people with an interest in Florida’s early history, taking us to a couple of historic sites that few get to visit. Of course, like so many sites in Florida, the structures that once stood at these places were made of logs and wood and have long since decayed. 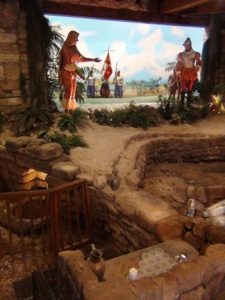 Today’s visitors drink the Fountain           of Youth from paper cups!

We begin our journey in the sand dunes where, many believe, Ponce de Leon first waded ashore in 1512 and claimed this land for Spain (probably to the disappointment of the Indians watching from the forest). It was then that he dubbed the island (as he believed this to be), ‘La Florida.’

On the water, one of our first stops is the possible site of a Spanish mission. Throughout the 1600’s and early 1700’s, these missions dominated life along the Florida coast and inland as far west as the Tallahassee area.

On some (longer) tours, we visit the site of Ft. Mose. This was the first settlement of free blacks in North America. In the 1730’s, a steady flow of runaway slaves were escaping bondage in the growing British colonies of Georgia and Carolina and making their way south to Spanish St. Augustine. In St. Augustine, they lived in freedom under Spanish authority in exchange for serving as militia and converting to Catholicism.

In 1738, a small log fort, named Gracia Real de Santa Teresa de Mose, was built for the blacks a couple of miles north of St. Augustine. Strategically located along the North River, Fort Mose served as a valuable outpost. 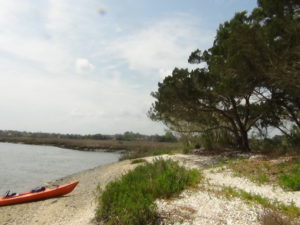 The site of Ft. Mose

Within two years of it’s completion, Ft. Mose saw action as British Gen. James Oglethorpe laid siege around St. Augustine. Mose was captured and occupied by some of the British forces, while others set up artillery at present day Velano and on Anastasia Island. In a daring midnight raid, the Spanish attacked and overran the British garrison in Mose. It was an important victory, giving the Spanish renewed confidence to endure the siege until reinforcements arrived and sent the British packing.

Early in the following century, Ft. Mose was again the staging ground for an attack on St. Augustine. This time it was a force of Georgians and Floridians intent on taking Florida away from the Spanish and turning it over to the relatively young United States of America. The effort, which came to be known as the “Patriot Rebellion” failed, but set the tone for the steady pressure which eventually led to Spain’s giving up it’s hold on Florida in 1821.