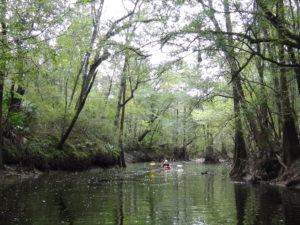 Explore the upper reaches of the Santa Fe River watershed to the confluence of Olustee Creek, one of the rivers main feeders. It’s a small, winding, high-banked creek which will not appeal to those interested in wetland communities 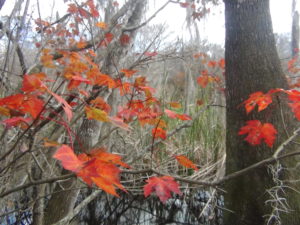 and/or easy paddle trips. We usually don’t go far up Olustee, especially in low water, but for those who don’t mind having to pull their boat over a few fallen logs, there’s the possibility of seeing wood ducks, deer, beaver, otter, and even a few capybara?!

Compared to some of our trips, wildlife is relatively scarce here. There’s a fair population of deer in this area, but high banks discourage them from spending much time at the riverside. There are some ‘gators – especially one sizable fellow whose lair is in the area near the confluence of Olustee Creek and the Santa Fe. Many people have gotten wet – falling out of their boat or otherwise – when they surprised him sunning on his favorite, high sand bank. There is, however, one animal of special interest in this region. Capybaras have escaped into the wild reaches of the upper Santa Fe and lower Olustee basins. I first spotted one in the mid-1990’s. Since then, I’ve been sent nearly a dozen reports of sightings (see trip notes below for the most recent). These huge rodents (the largest in the world) are native to south America, but judging from the reports, are finding life in North Florida to their liking.

A Nod to the Crawlies 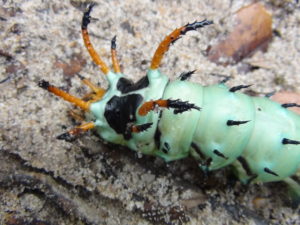 If you ever find yourself wondering where all the wildlife is, I suggest you make a change – not in location, but in your mindset. Instead of looking for animals you hope to see, take a moment to consider the amazing little critters that are always close at hand, buzzing your head, crawling up your pant leg or merely hitching a ride on the front of your boat. With the help of a good insect field guide (preferably one which describes behaviors and life cycles, not just identification) your Florida exploration will take on a new dimension.

Every month of the year, and on every river we explore in north Florida, the alert paddler will see; dragonflies and damselflies redefining flight, often in tandem as the male clasps the females neck, flying her around until they mate and sometimes hovering low over the water while she deposits eggs in the water; whirligig beetles, whose two sets of eyes allow them to seek prey underwater, while watching the skies for predators, fishing spiders that dangle a leg in the water to detect passing fish upon which to pounce.

But a word of caution. Once you’ve gained an appreciation for your creepy-crawly brethren, you’ll be the slowest roach stomper and fly swatter in your home. 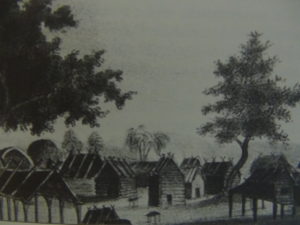 The first section of this trip takes us up a remote section of the Santa Fe River. When Hernando De Soto came through in 1539, the ancient Indian trail he was following forded the Santa Fe here. The village of Cholupaha, which is mentioned by the expedition’s chroniclers, was situated on a high hill, and commanded a beautiful view of the river valley.

In the early 1600’s, there was still an important village here, called Tolosa. Spanish missionaries established a mission here as part of the chain of missions which stretched across north Florida from St. Augustine to the Tallahassee area. This mission, named Santa Fe de Tolosa, was the namesake for the river. 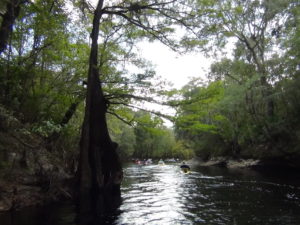 The name Olustee was immortalized on Feb. 20, 1864, when Florida’s largest battle of the Civil War was fought near the stream’s headwaters, far to the north of the Santa Fe, at Ocean Pond. When the smoke cleared from the battlefield, nearly 300 men lay dead – 93 rebels and 203 from the Union side. Nearly 2,000 more were injured. The Battle of Olustee was a victory for the Rebel forces, but it would be a short-lived celebration with the confederacy losing the War a year later.